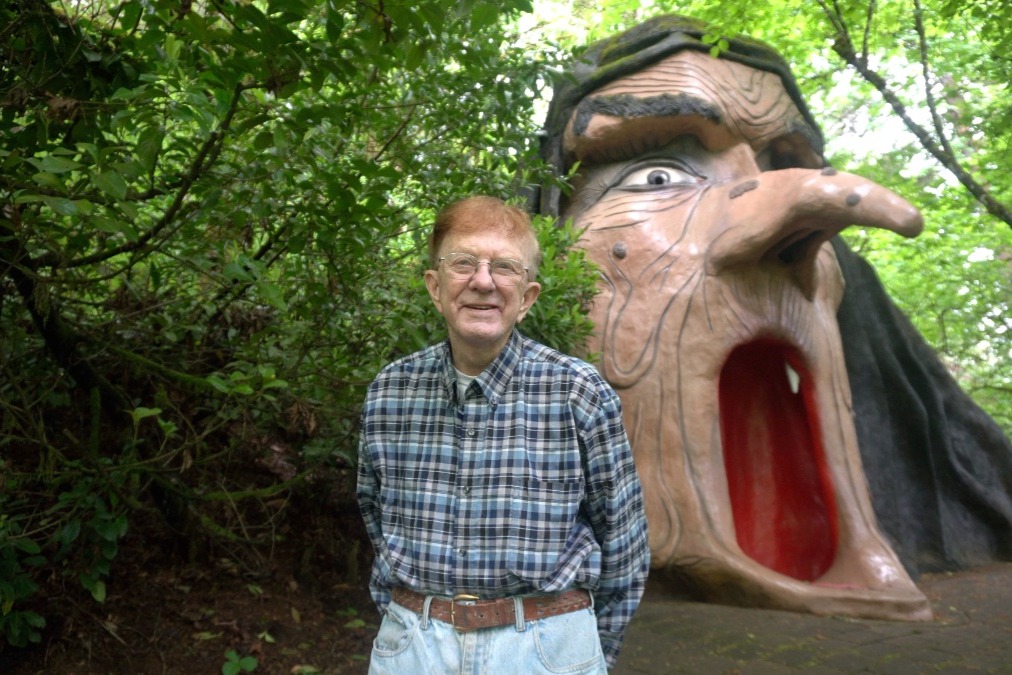 Creator Roger Tofte stands next to one of his creations inside the Enchanted Forest in Turner, OR.

The community is reaching out with support for Oregon’s famous fairytale themed amusement park struggling throughout pandemic closures.

The Enchanted Forest opened in 1971, after years of construction by the park’s owner and visionary, Roger Tofte.

Tofte, now 90, and three generations of his family, still work in the park that usually draws thousands of visitors every year.

In October, the Tofte family shared on social media that the amusement park was having a difficult year financially due to COVID-19.

After exhausting their options to remain open to the public, the Toftes say that the current capacity allowed to be in the park during COVID-19 doesn’t come close to brining in the funds they need to run the park.

Park organizers were able to cut the annual budget more than in half, but they were still finding themselves in the red every week.

The family decided to ask Enchanted Forest fans to help though a GoFundMe page. They set a goal of $500,000 to raise in order to keep the park operating the foreseeable future.

The Toftes say the money will allow them to pay their bills, utilities, taxes, insurance, and payroll for their employees.

It will also allow them to do the necessary winter work so the park can reopen as usual in the spring to celebrate the park’s 50th anniversary in 2021.

Roger Tofte can still be seen almost daily out working in the park, maintaining the attractions and repairing cement. Roger says, ” We believe in attention to artistic detail. We want to offer our visitors something unique, with a lot of variety. We strive to be the hidden gem that people discover as their own special place.”

The family says right now their goal is to save the business and survive through COVID-19 so the Enchanted Forest remains in place for future generations to enjoy. 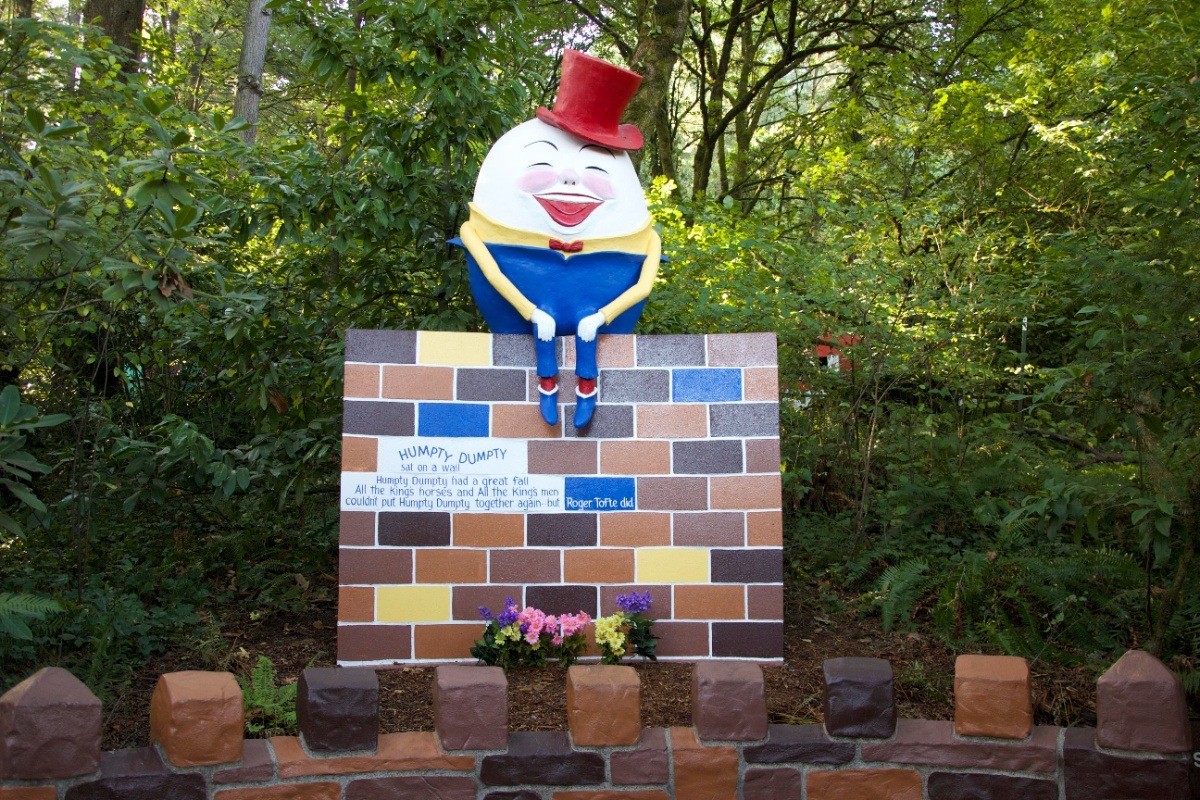 Humpty Dumpty greets park-goers from his perch atop the wall in the Enchanted Forest in Turner, OR.